I’ve made 7 figures selling planners to nurses. Here’s what my time in the ER taught me about running a business. 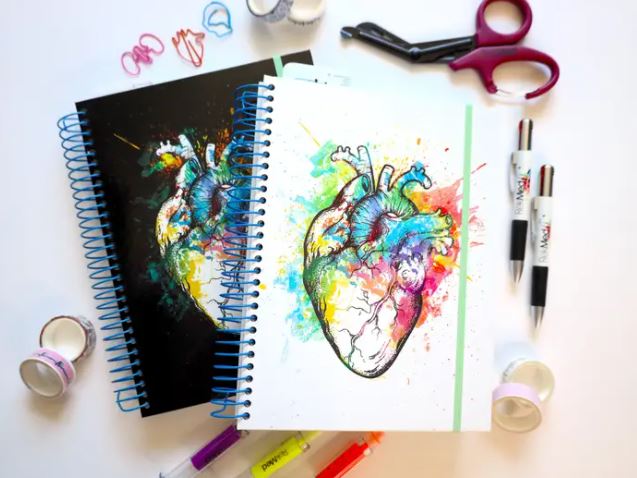 This as-told-to essay is based on a conversation with Jennifer Grooms, a nurse and business owner. It has been edited for length and clarity.

I was the last person you’d think would become a nurse.

Growing up, I was absolutely terrified of blood. I couldn’t look at it, I couldn’t be around it, I couldn’t even get a shot. It took a lot to overcome that fear, but I did, and now I’ve been an emergency and trauma nurse for more than a decade.

I also had ADHD as well as undiagnosed dyslexia growing up, so I struggled in school. When I decided I wanted to be a nurse, people didn’t take it seriously.

After graduating with a degree in psychology communications, I began working as a mental-health counselor in the ER of a children’s hospital in 2008

There I became more inspired and determined to become a nurse and started nursing school in 2012.

In nursing school, I was the president of my class. I had a great bedside manner, but my grades were struggling because I’m a terrible test-taker.

As a visual learner, I wished that there were resources for students like me that offered visual descriptions of what medical terms are in layman’s terms, rather than just textbooks with charts.

I wanted to make that kind of resource for nurses, so I started taking graphic-design classes in 2017

I learned to draw and outline medical concepts in a straightforward, explanatory way and decided to compile them into a planner.

I was still working full time as a nurse, so I made progress on the planner during any free time.

In November 2019, I officially put my store online, created my first Instagram ad, and sold 500 planners in about six weeks

After printing more, I sold 1,000 planners in the next two months and realized I could really be onto something.

I worked a ton of overtime to save up about $20,000 to fund printing for the first batch of planners

After that, I used sales revenue and a small personal loan to continue production.

Once we hit the $500,000 mark in sales about six months after our launch, I started using Clearco and Shopify capital to help get fast funding. It’s so hard to get a loan when your business is under two years old, and Clearco and Shopify made all the difference.

I think what makes our planners stand out is that their design was informed by my firsthand experience as a nurse. The planners have diagrams of the brain, spinal cord, lungs, intestines, and more resources that are helpful for working nurses and students.

In our first year in business, we hit $1 million in sales

We just had our two-year anniversary and closed our second year in business with $1.5 million in sales.

I stopped working as a nurse once the business took off and COVID-19 hit, but I recently took a three-month assignment at a local hospital to keep up on my skills and education. With the pandemic and nursing shortage, I also just wanted to help out.

As a nurse, when a patient is dying in front of you, you try a series of different interventions that aren’t always successful. But if something doesn’t work, you can’t just stop and go home — you have to move on to the next attempt at solving the problem.

Similarly as a business owner, I don’t wallow if something doesn’t work — I move on and try something new. When I was denied funding from a bank or as a paper business was faced with a paper shortage, I knew I simply had to pivot, stabilize, and try another way. And before delegating a task to my employees, I make sure to do that specific job myself so my expectations are realistic.

When I first started RekMed, running a business was a whole new world to me and I had to learn a lot. If you’re breaking into entrepreneurship from a different career path like I did, my advice is to get yourself some solid mentors and do your research to set yourself up for success.