By adopting a flexible technology strategy, Mindbody has taken its business to the next level 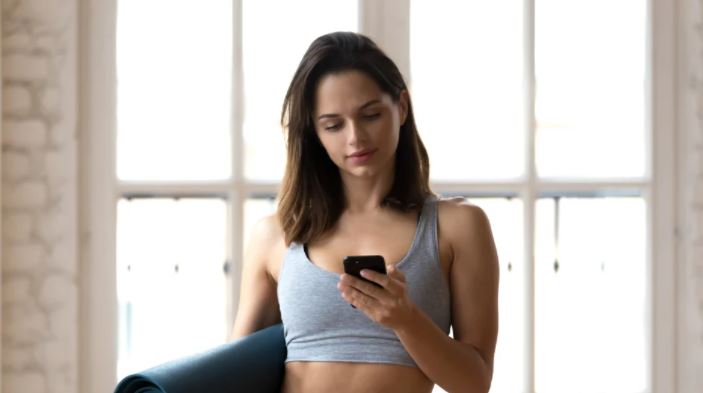 When the successful wellness platform needed to scale and accelerate innovation, it turned to AWS to transition to the cloud

Today we don’t think twice about using the internet to book a yoga or spin class, schedule a massage, or set up a float-tank session. However, it wasn’t always this simple. There was a time when we had to call the spa to make the appointment, and jot it down in our FiloFaxes. From the business’s perspective, it meant owners and managers spent time and energy dealing with the logistics and infrastructure of their offerings rather than developing better services for customers. We now think of this era as pre-Mindbody.

Founded in 2001, Mindbody was predicated on helping small business owners in the wellness space operate more efficiently. It allowed them to focus on running their company rather than building apps or learning about API calls. Initially, Mindbody mailed CDs containing its white-labeled, back-end software to customers, and the companies ran the programs locally. By 2007, Mindbody had become one of the pioneers of the “Web 2.0” era, transitioning to a pure SaaS model that ran its customers’ operations remotely from a custom-built datacenter in Irvine, California.

During the next decade, the rise of smartphones and the app economy turbocharged Mindbody’s business, which ballooned to tens of thousands of customers serving tens of millions of wellness seekers in 130 countries. Through a combination of deft ops, smart practices, and strategic acquisitions, it quickly became a dominant player in the wellness space. However, as Mindbody looked towards the future, the company realized it had to increase its speed of innovation, and the legacy data center model was holding it back.

“When you’re operating on-prem, it’s really challenging to keep up with the speed of business,” says Johnathan Strong, senior technology leader at Mindbody. “When you need to build something that requires new capacity, you have to procure hardware, install it, and make sure it’s integrated with the rest of the system before you can even start testing the thing you’re really trying to do.”

Upkeep is another constant concern. “A lot of your engineers’ time gets tied up changing hard drives out in the middle of the night or negotiating between dozens of vendors for regular upgrades,” Strong says. “That’s energy that could be going towards improving the customer experience or optimizing the efficiency of our software.”

AN ANSWER IN THE CLOUD

With Mindbody’s growing customer base, increased demands on supporting its infrastructure, and a desire to innovate faster than its competitors, the solution was clear: It had to move to the cloud. Operating in the cloud on AWS would give Mindbody precisely what Mindbody gave its customers: an easy way to remove the technical hassles of providing its core service. Just as yoga studios wanted to focus on teaching classes and not designing smartphone apps, Mindbody wanted to run a SaaS company without running datacenters on the side.

Mindbody’s decade-plus datacenter operation consisted of a staggering amount of data traversing across a diverse suite of distributed services that was growing with complexity. To migrate a sophisticated operation such as this is an arduous undertaking.

Mindbody’s engineers had two options. The first was to do a “big bang” where they shut everything down, moved it to AWS, restarted it—and prayed that everything worked. Between the service outage and the uncertain outcome, the big bang was deemed a nonstarter. The second option was a “phased migration” whereby Mindbody moved individual processes one at a time. This allowed them to onboard employees and roll back anything that went awry before working up to the most critical services (class scheduling and payment processing).

The whole transition would take six months, during which time, some of Mindbody’s systems would be running in its datacenter and some of them in the cloud. The tricky thing is that Mindbody’s applications require low latency in order to preserve the customer experience during the phased migration. “We need as few milliseconds as possible between our systems,” Strong explains. “After many proofs of concepts, it was clear we could handle a maximum latency of 5 milliseconds or less.” When Mindbody’s engineers ran tests, however, the latency between their Irvine datacenter and the nearest AWS region in Oregon was 30 milliseconds—much too long.

LOCAL ZONES TO THE RESCUE

Just when it looked like Mindbody had run out of options, a solution dropped into its lap. Or, rather, into the neighborhood. In 2019, AWS launched its first Local Zone, part of its family of hybrid and edge solutions. Local Zones bring Intel-powered AWS cloud infrastructure and AWS services to serve high-traffic, high-population areas and customers who require ultra-low latency. Local Zones were initially intended for providing lightning-fast response times for applications, like augmented and virtual reality, real-time gaming, livestreaming, and virtual workstations—operations that require lightning-fast response times to function correctly. Could that same speed be used to smooth Mindbody’s transition to the cloud?

Initial testing looked promising. Round-trip latency from its data center to the new Los Angeles Local Zone was only two milliseconds. Over the next six months, Mindbody’s engineers worked with AWS’s Local Zones team to migrate their live applications one at a time, ultimately transferring all of its applications and data to the cloud. The result? Reduced overhead, standardized tech across the board, no more endless upgrade and depreciation cycles, and reduced overall cost. As a bonus, the refresh let the company simultaneously modernize its data infrastructure, moving to a containerized setup and clearing a ton of tech debt. Since the migration, its applications have performed even better in the cloud than they did on its on-prem infrastructure.

And the datacenter? It got the digital equivalent of a Viking funeral. “We left it running for two months just in case something went wrong, but nothing did,” Strong recalls. “When it was time to finally switch it off and shred everything, we gathered the team for a moment of silence where we just listened to the noise of the servers running one last time.” Then they shut the old monster down and toasted to never having to swap out another hard drive. “Now when we see demand spikes, or resolution season rolls around, we can scale up capacity with a couple of clicks—instead of several weeks, lots of work, and many headaches,” Strong says. “Now all of our work goes towards a deeper evolution of our products and services instead of to the tech treadmill.”

So next time you insta-book a spin class from your phone, give thanks that Mindbody—and AWS Local Zones, placing AWS services like Intel-powered compute in a major metropolitan area—is working behind the scenes, so you‘re free to concentrate on working your behind.